With more of a focus on transformations and sex, Beyond Comics are posted each day in addition to the normal SapphireFoxx comics. Beyond Comics are typically alternate realities of SapphireFoxx stories, or are supplemental and canon to the original. Each Beyond comic series runs for about four to six weeks before switching to the next series. 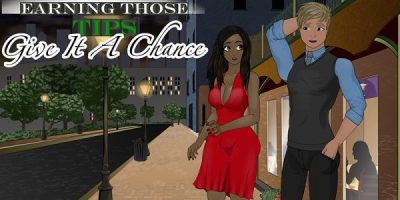 Earning Those Tips – Give It A Chance 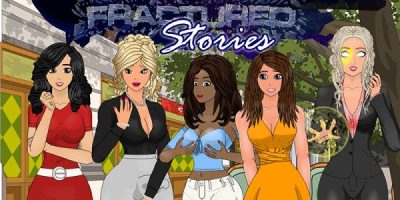 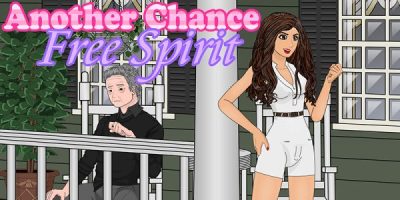 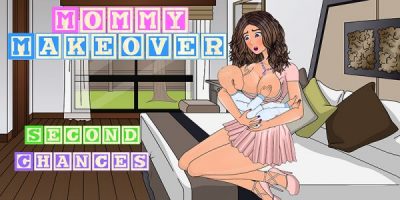 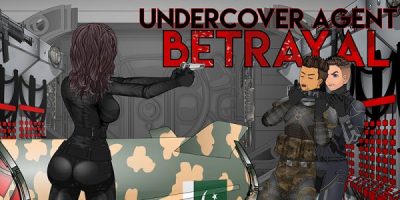 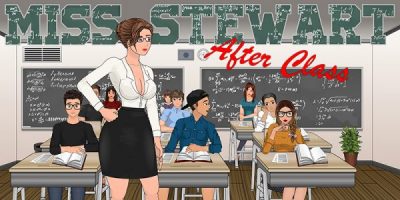 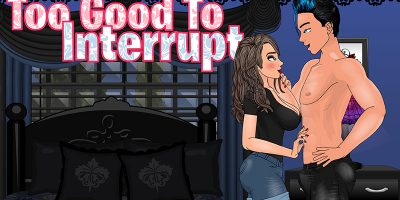 Too Good To Interrupt 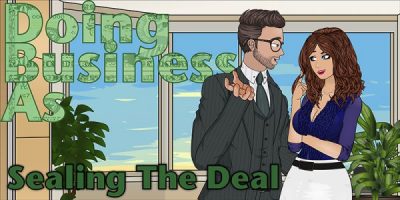 Doing Business As – Sealing The Deal 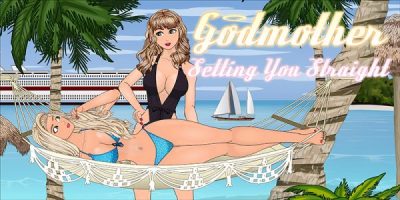 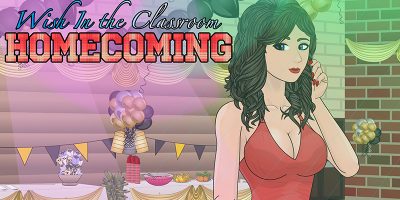 Wish In The Classroom: Homecoming 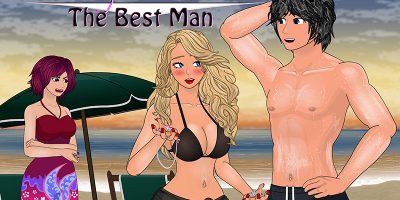 Becoming A Bridesmaid – The Best Man 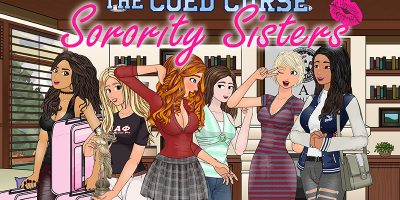 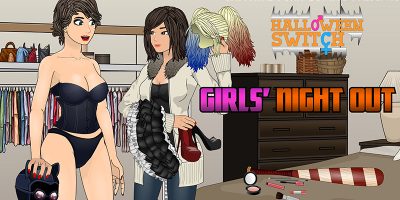 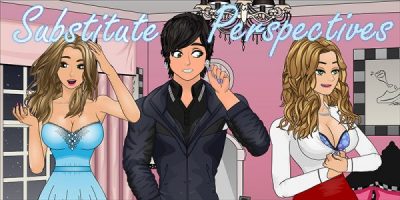 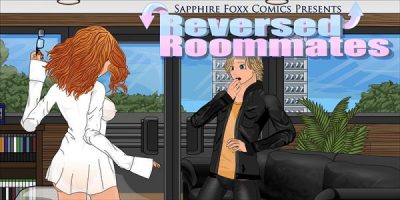 Earning Those Tips: Give It A Chance 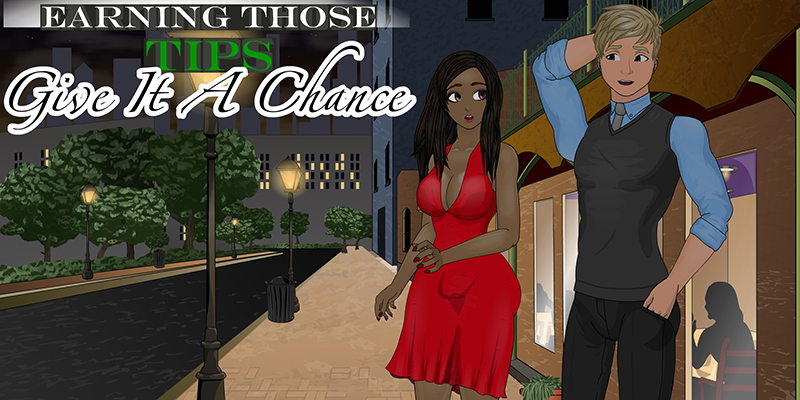 “In this non-canon alternate ending, Juliet never comes to rescue Phoebe from Tiffany’s messed up double date. Instead, Phoebe must ‘come out’ to his best friend Ian. How will Ian react to his incredibly sexy date revealing that she’s really Phillip? Will Ian be there for Phillip when he needs a place to stay after breaking up with Tiffany?” 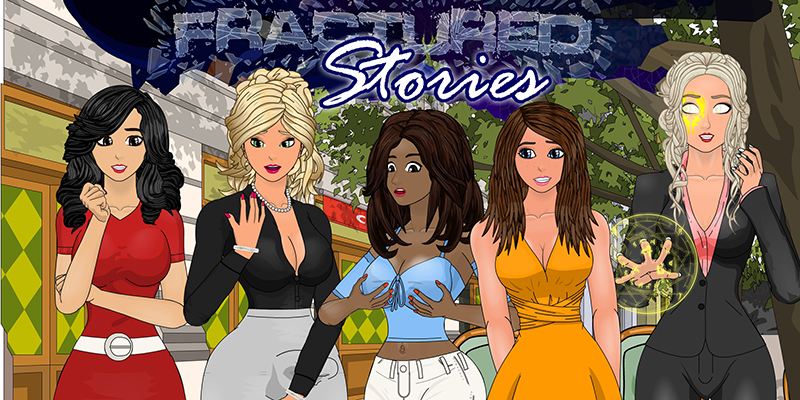 “This four volume comic takes us on an adventure, seeing alternate endings for each of the four girls from Fractured. A nervous Eva returns home to South Korea to visit her family. Lilly is looking for a man who will accept her (and her large manhood) while balancing a busy work life. Lilly must deal with being a high school senior again while their wife is starting to date a handsome new man. And a familiar face comes to Kailey in her moment of need to provide her with a new career path: modeling.” 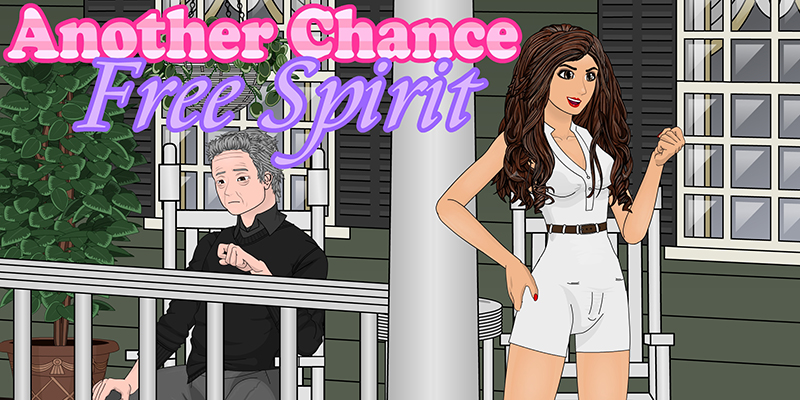 “Albert regrets a lot of decisions he’s made in his long life. While sulking on his porch, a mysterious encounter grants him the wish of a second chance at life with a body that’s sixty years younger. The only problem is that he’s now a young woman. What will ‘Allie’ do with this opportunity?” 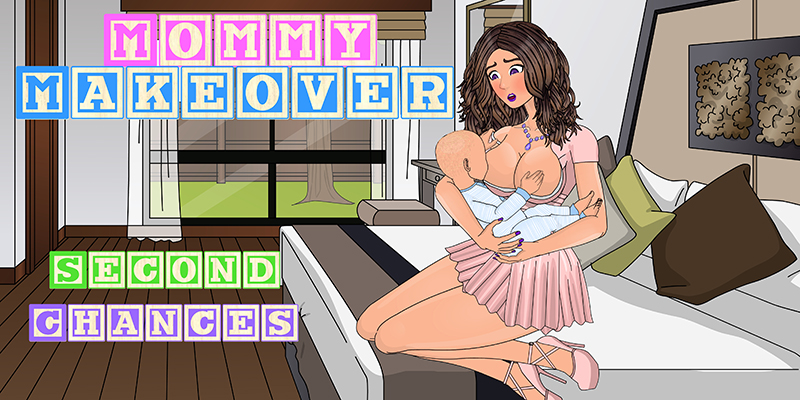 “Chloe has abandoned her family and left Julian stuck in her place. If nursing a newborn wasn’t bad enough, Julian also has a new husband to handle. However, we eventually see Julian embrace his new life and family years later in Godmother, with the new Chloe expecting a pair of twins of her own. But how did he reach that point? This canon Beyond comic will help bridge that gap!” 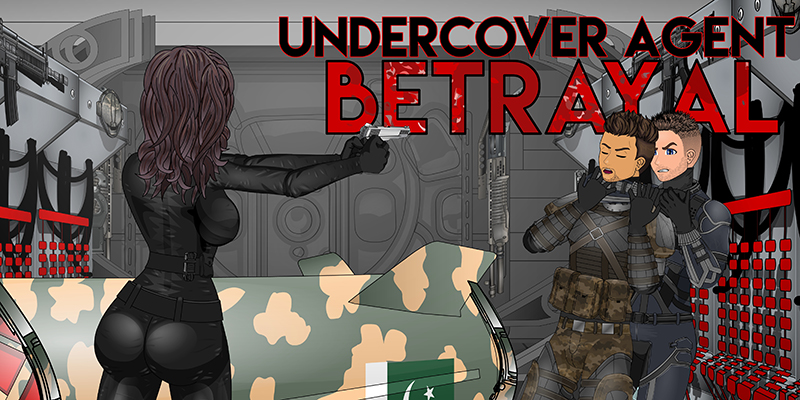 “After being transformed into his arch-enemy’s wife, Agent Spears has spent over a week undercover with Jade’s personality slowly taking him over. When the time comes to put an end to Alejandro and his plans, what would have happened if Jade’s personality has taken enough control over Spears?” 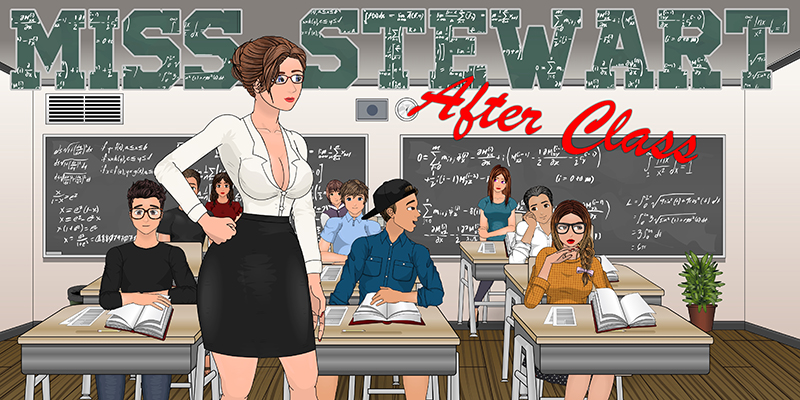 “Alan went to school like any other student, but one fateful trip to the principal’s office has left him as the newest teacher in school: Miss Stewart. How will this teenage-boy-turned-MILF handle being the head of the class? With so many attractive students and co-workers taking an interest in him, Miss Stewart will find it difficult to resist the temptation…”

Too Good To Interrupt 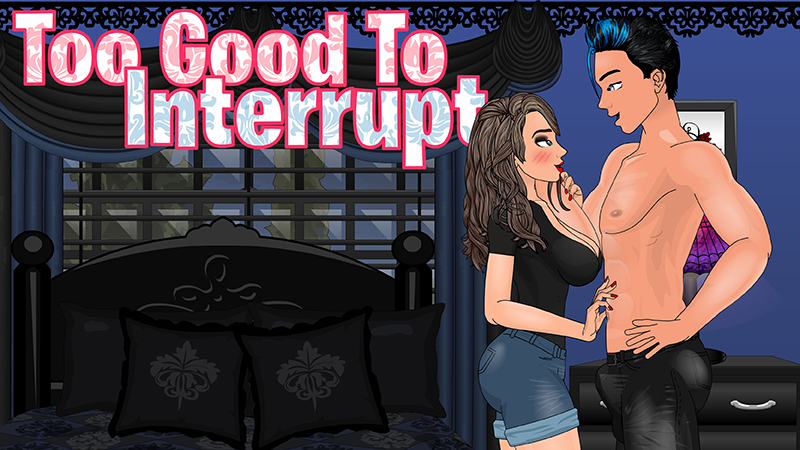 “This alternate ending to ‘Too Good To Put Down’ will show what would have happened had Alistair not cockblocked interrupted Jennifer and Isabelle just as things were getting good. Isabelle transforms into a well-endowed hunk, calling herself Isaiah. How will Jennifer/Kevin react to this new alpha male on the prowl?”

Doing Business As: Sealing The Deal 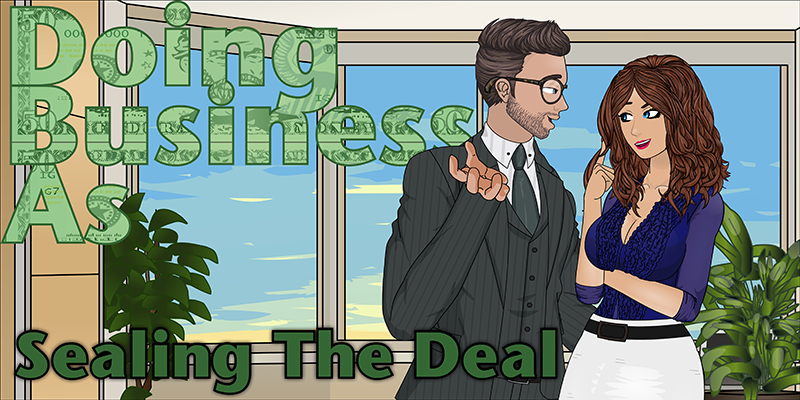 “Spenser has spent several months making big moves running MTF Financial as Selina. The once small and soft-spoken man has grown into one of the fiercest businessmen in the city. However, his/her biggest break of all comes when a big money investor from Europe shows interest in her growing company. This partnership could make the difference between boom or bust, so Selina will do everything in her power to seal the deal.” 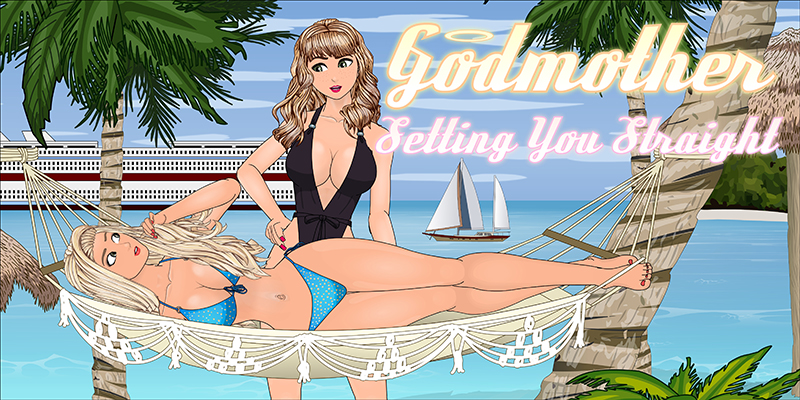 “Oliver and Brooke were enjoying their lovely week-long vacation to The Bahamas until Oliver’s necklace was stolen. Now Oliver is stuck in Caroline’s body without any way to turn back until they fly back to New York. However, his stunningly beautiful girlfriend isn’t going to let this week go to waste. Oliver’s transformation causes his sexuality to change to a straight woman’s, but an increasingly pent-up Brooke wants to stay loyal to Oliver. I mean, if there’s ever a woman Brooke would be open to ‘experimenting’ with, it would be the stunning model: Caroline.”

Wish In The Classroom: Homecoming 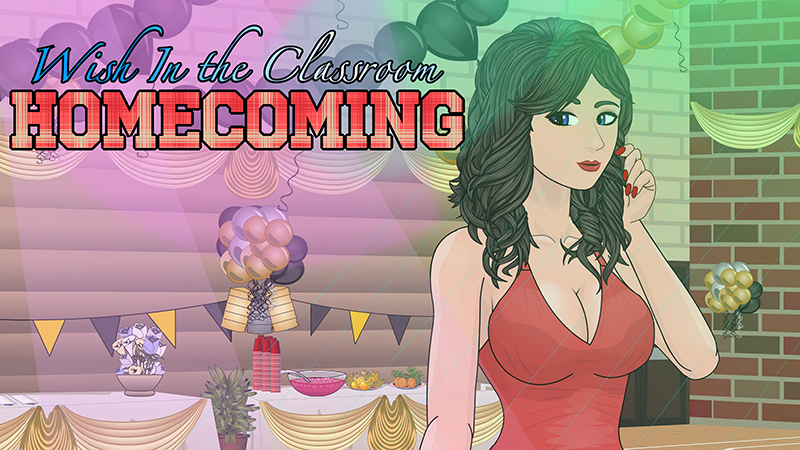 “Andrew is now Andi, and SHE has a lot to adjust to in her new life. Her crush is now her best friend, and her former best friend is now her date for the homecoming dance. To top things off, her body is feeling new, powerful urges that are driving her wild. How will this former nerdy boy handle being one of the most beautiful women at the dance?”

Becoming A Bridesmaid – The Best Man 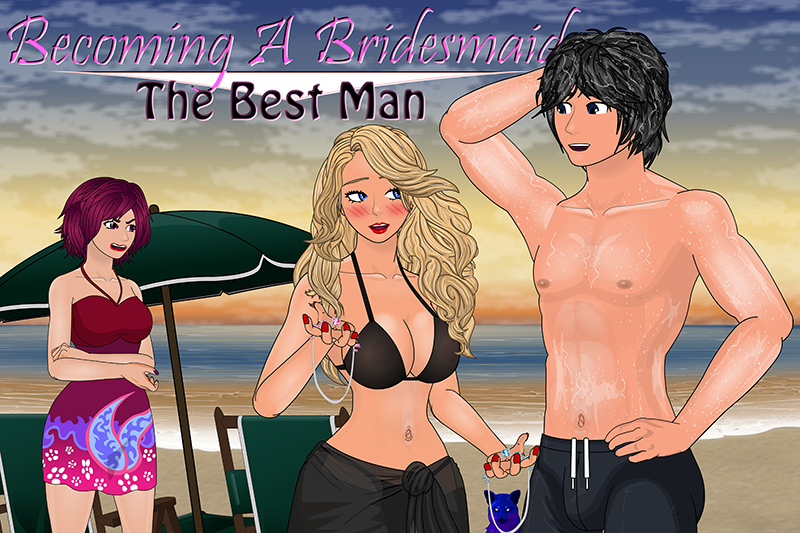 “An alternate ending to Becoming A Bridesmaid where Amanda falls for the charming Brad rather than the lovely Lucy.” 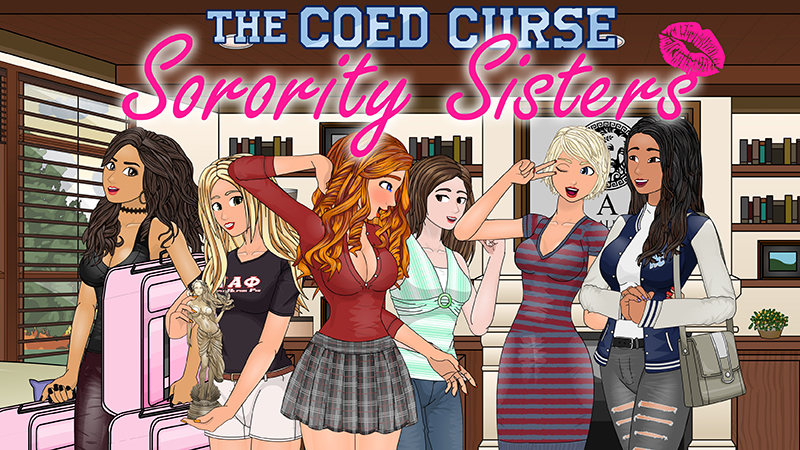 “A non-canon followup of The Coed Curse one-shot animation. Once Mary/Marty has been inducted into the Kappa Alpha Phi sorority, a few of his new sorority sisters give him a very special and private welcoming ceremony. However, Marty isn’t the only woman in the sorority with a secret…” 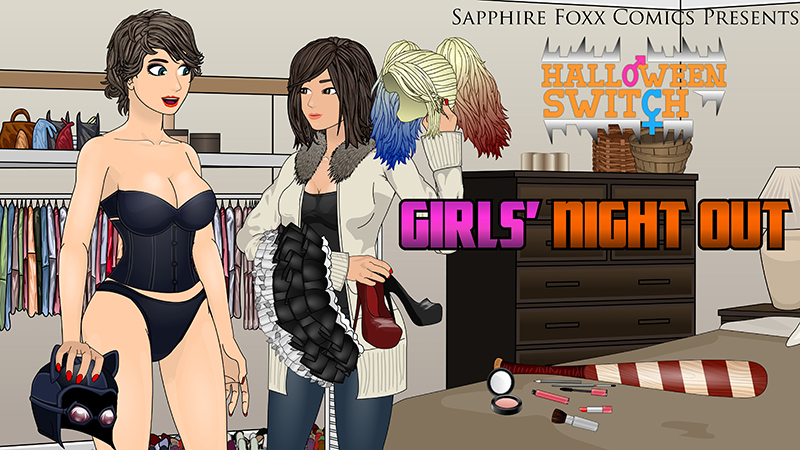 “How much would Halloween Switch change if Riley went to the party dressed as a woman and only Robin got transformed? The two ‘girls’ set out for the party to win the costume contest, with only Damon standing in their way.” 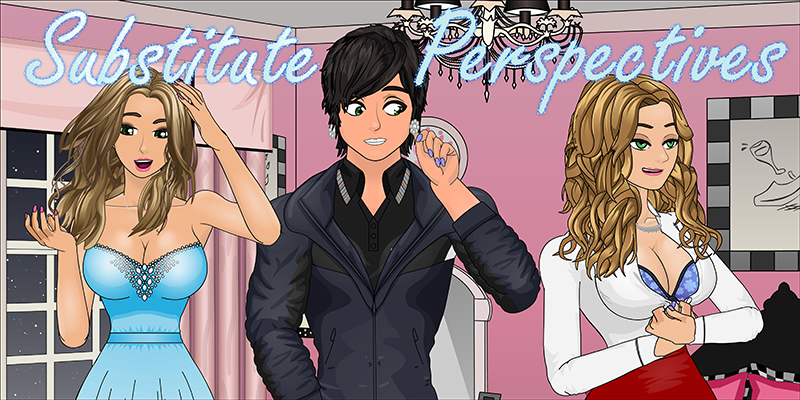 “Set after Jessica and Holly learn Chris’s secret, but before he met Isabelle, Chris gets himself into yet another sticky situation. Jessica is furious with Chris after he accidentally fractured her leg, and it happens the morning of the Winter Dance! Jessica scored a date with one of the school’s most popular boys, so she isn’t going to let this chance go to waste. Chris will have to go to the dance in her place.” 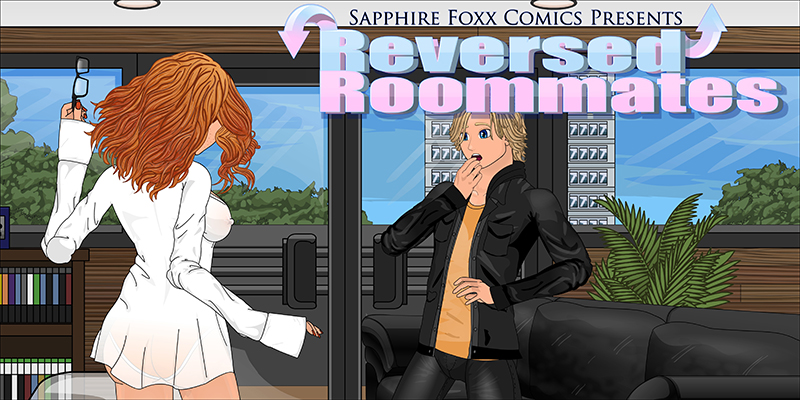 “A non-canon retelling of Shifting Roommates, where Scott is transformed instead of Jamie. The transformation is much faster, and things between the roommates get serious quickly as Scott wants to explore his new body.”

There are at least 2 comics missing

Can you put up the 2 most recent comics?

When is the next girls night out comic gunna drop

I’d still love to see a beyond comic or comic in general of what if Elsas invention worked and she changed more people with the watch like she did Lorenzo to Lorenza. I know the bad guy never usually wins but i think it would cool to see plus a lot of transformations.

Two most recent Beyond comics are still not here

Sorry about that. They’ve been added.

Is there going to be a after school Hannah Edition?? Just Curious and hopeful. Or a Jake edition.

Where can I find the undercover Beyond comic? I don’t think it’s on this page

Undercover Agent: Betrayal can be accessed underneath the “Latest Comic Pages” tab on the far right side of any page.

I had a question. While there be some Canon Beyond comic or are they all just be some alternative story of the canon ones @SapphireFoxx

The only canon Beyond comic right now is DBA: Sealing the Deal. Other than that, every other Beyond comic takes place in an alternative timeline from the main SF universe.

Got mixed up there thanks.

Thanks for the fix. On another note, it would be really awesome if you gave a link to where the content deviates from the original continuity. I don’t think it’ll happen but can’t stop a girl from dreaming.

When is the next update on the substitute perspective, girl next out, DBA and TGTI. ????

I hope these beyond comics come that I can see them

If you click on the banners of each Beyond comic, it’ll take you to a page directory for that comic. If you still have a problem after that, contact the support staff at support@sapphirefoxxbeyond.com

And today it was repaired !!!

Just wanted to point out that Becoming a Bridesmaid: The Best Man is listed under “The Coed Curse – Sorority Sisters”, something which should’ve been fixed by now.