After all this time, the new uncensored site is finally here! Introducing: SapphireFoxx Beyond! The site is live now, while the new Beyond subscriptions will be available beginning on June 25th, one week from today!

SF Beyond will not only have fully uncensored versions of all our animations and comics, but it will also contain additional, exclusive adult content.

Beyond Comics will lean more heavily into sex, transformations, and fan-service than plot, so you should know if something like that would appeal to your interests. Beyond Comics will be what-if scenarios, alternate realities, or additional canon stories from various SapphireFoxx narratives. The first Sapphire Foxx Beyond comic will be Reversed Roommates! 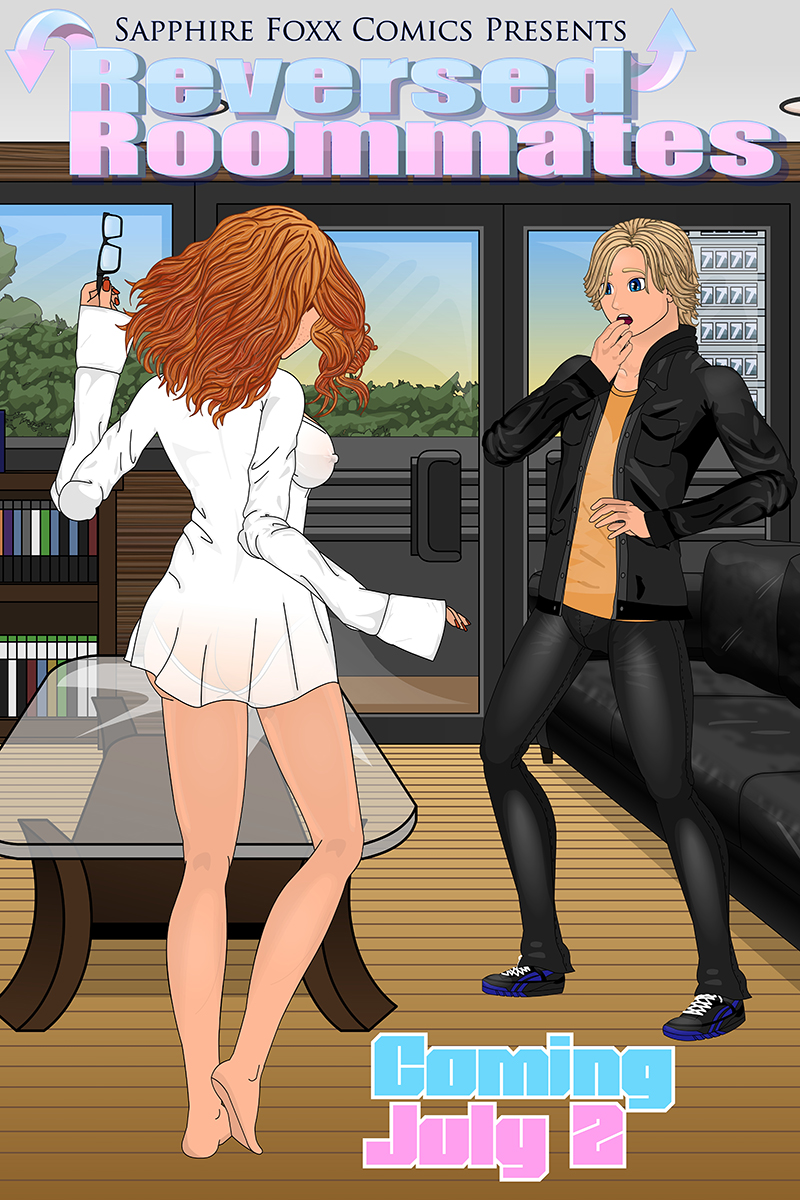 Here are some Beyond Comics in the works:

We will be launching the site with half of all our Beyond content released, which is 30 animations and 255 comic pages. The rest of our existing content will have their Beyond versions published within the first six to seven weeks of the site launching. The lists of upcoming Beyond content and their release dates can be found on the links below!

All future animations and comics that have a Beyond version will be released at the same time as the censored version.

If you have any other questions, I’d be happy to answer them in the comments below, or add them to this section!

Beyond Animation Release Dates
New Beyond Comic: The Substitute Dance

An idea for a Beyond comic once you cycle through all these, a take on Oliver staying as Caroline too long, and ultimately never changing back. It would be a fun alternate reality. Or a comic that focused on Oliver getting pushed into being Olivia again. Not sure where you’d go there but I’ve seen some people that might enjoy that one

Iconic One Theme | Powered by Wordpress
We use cookies to ensure that we give you the best experience on our website. If you continue to use this site we will assume that you are happy with it.OkNoPrivacy Policy
Revoke cookies