As most of you know, Volume One of Halloween Switch: Girls’ Night Out will end on Halloween. So, it’s time to announce the fourth Beyond comic that will be starting on November 1! Introducing The Coed Curse: Sorority Sisters!

“A non-canon followup of The Coed Curse one-shot animation. Once Mary/Marty has been inducted into the Kappa Alpha Phi sorority, a few of his new sorority sisters give him a very special and private welcoming ceremony. However, Marty isn’t the only woman in the sorority with a secret…” 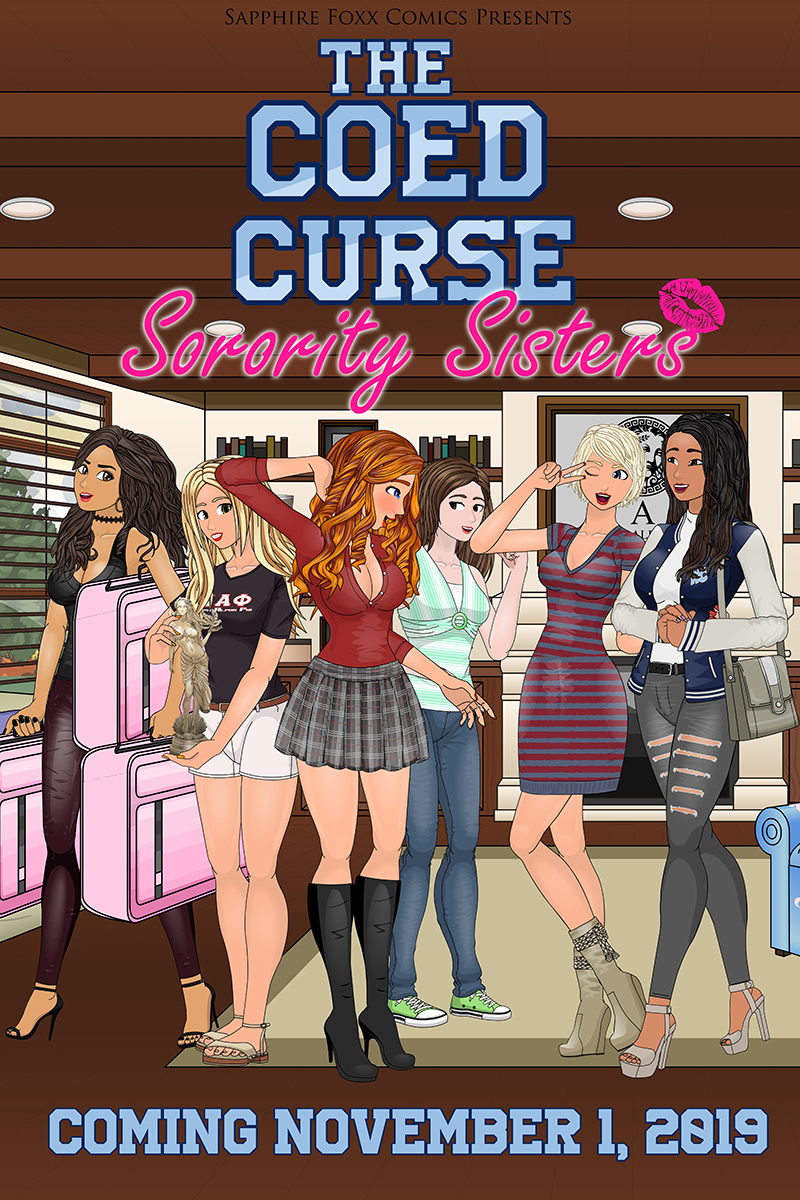 If/when there’s ever a canon sequel to The Coed Curse, it won’t follow the events of Sorority Sisters and will be less sex-focused. However, for those of you who really want to see more of Mary, she’ll be returning in a few weeks!

As for why Rosa from Backstage Pass is there, it was established that both one-shots took place at the same university, so I thought it would be fun to throw in the original Rosa as a cameo.

That would be pirating content from this website, which is illegal. The creator of this website didn’t want his content on those websites anyway because the people who put it up there did so without his permission.

I wonder who’s the sorcerer

So glad, Mary is by far the best looking tg’d character. (Issy otherwise)

wow ….cool…..we get to see more of Mary from the original Coed curse……

Marty or rather Mary has a similar appearance to Ashley, hair eyes face even the color of their top.

Are you saying us redheads all look the same?

Yes! Y’all just roll off the assembly line in Area 51.