In a SapphireFoxx Beyond first, next month’s Beyond comic will be a canon addition to its original series. Introducing Doing Business As – Sealing The Deal! This comic takes place between episodes 6 and 7, in the period between Selina starting to wear Ghost Skin and becoming a woman full time. What happens here will play a big role in her decision to get the surgery. 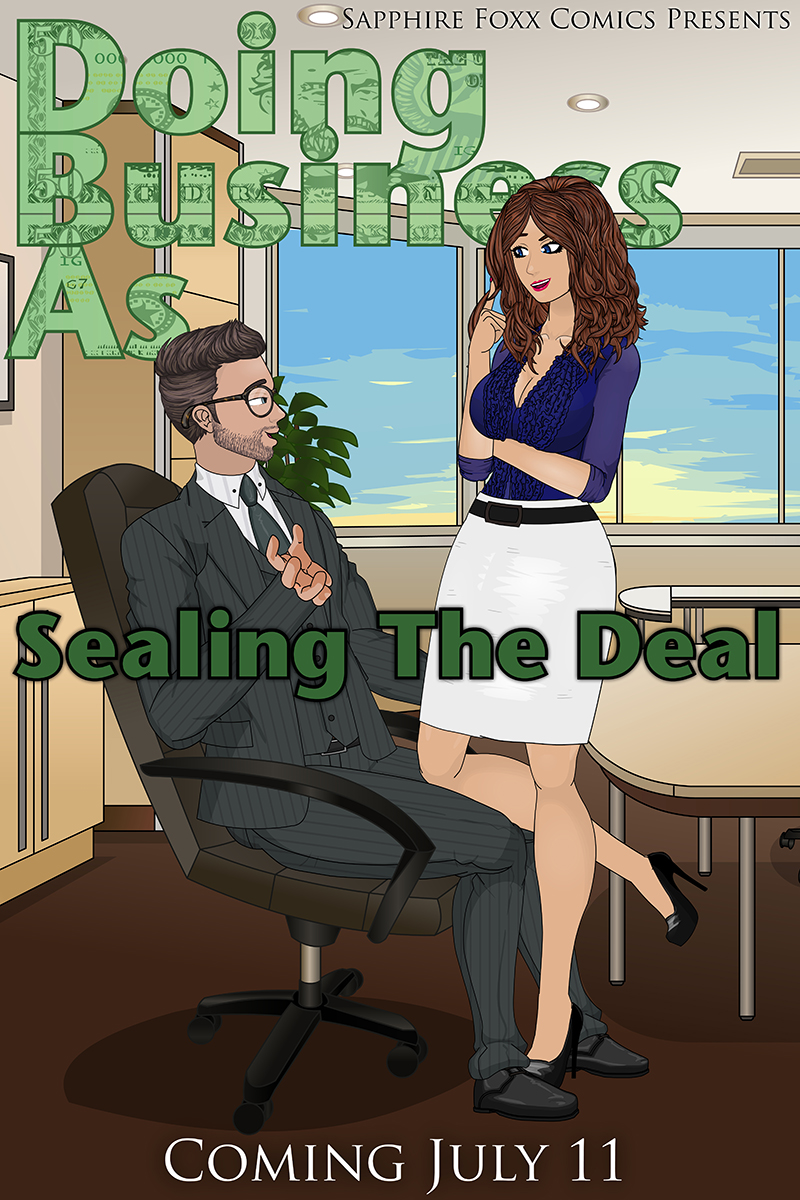 “Spenser has spent several months making big moves running MTF Financial as Selina. The once small and soft-spoken man has grown into one of the fiercest businessmen in the city. However, his/her biggest break of all comes when a big money investor from Europe shows interest in her growing company. This partnership could make the difference between boom or bust, so Selina will do everything in her power to seal the deal.”

I love that this one is getting some extra love! Always thought that there could be a lot fun ideas to add to the story.

Awesome. I hope that Selina and Adam will have some time together.

The only question I have if whether or not Selina will have her “little friend” in the comic, considering that Episode 6 (at least the Beyond version) showed that she still had it while using the Ghost Skin.

As a slight spoiler. Yes, she still does have her dick. In fact, she’ll be the first MtF protagonist in a Beyond comic who has one throughout the comic.

Selina still has her dick?

This pleases me to complete, global, saturation levels of interest.

Now that would awesome! Jamie was always one of my favs and I’d love to see lots more of her…!

Would definitely be up for more of Jamie and Scott – my favorite couple in all the comics. And maybe also, how about a spin-off “prequel” – what’s the backstory on Barbara’s future husband , Steve? What was Stephanie’s journey to the point where the Fox brought Barbara and Steve together?